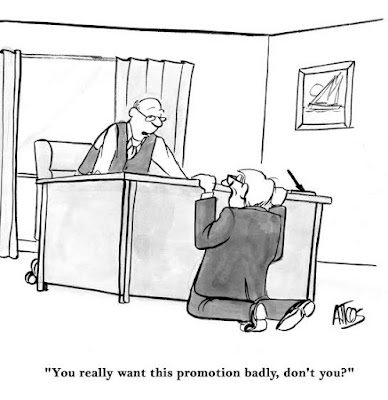 Why You Are Not Getting Promoted.
More and more, younger employees expect a promotion to fall in their laps. In fact, a recent study of Gen Z workers show young employees expect to get promoted in the first year — and many think they’re moving on within the first six months on the job. In reality, getting promoted takes commitment — and there typically isn’t a clear path to landing a new title.


Marc Cenedella, founder and CEO of Ladders job search, broke down some of the most common reasons why you aren’t getting promoted, and offered practical solutions to get you to where you want to be.

THE PROBLEM: You blame others for your lack of a promotion.
Cenedella says the number one reason that keeps people from getting a promotion is refusing to take personal responsibility. Blaming others becomes a “crutch,” because it’s easier to say it’s someone else’s fault than your own.

SOLUTION: Take responsibility.
The solution, Cenedella said, is to look in the mirror and take accountability for your own actions.

While Cenedella recognizes telling people to change their behavior is easier said than done, changing your mindset will ultimately have the biggest impact on your ability to get promoted. “As a professional and an adult looking to get ahead in their life, you have to conquer yourself and just stop doing it,” he said.