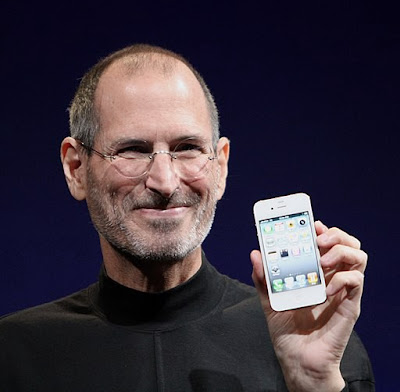 Micromanagement; Steve Jobs Epic Transformation.
The stories are legendary. It got so awful with Jobs, that after being pushed out of Apple and founding NeXT, his micromanagement reached new heights. As Randall Stross says in his New York Times article, “Mr. Jobs’s lieutenants tried to warn him away from certain disaster, but he was not receptive. In 1992–93, seven of nine NeXT vice presidents were shown the door or left on their own.


In this period, Mr. Jobs did not do much delegating. Almost every aspect of the machine — including the finish on interior screws — was his domain. The interior furnishings of Next’s offices, a stunning design showplace, were Mr. Jobs’s concern, too. While the company’s strategy begged to be re-examined, Mr. Jobs attended to other matters.

I spoke with many current and former NeXT employees for my 1993 book, “Steve Jobs and the NeXT Big Thing.” According to one of them, while a delegation of visiting Businessland executives waited on the sidewalk, Mr. Jobs spent 20 minutes directing the landscaping crew on the exact placement of the sprinkler heads.”

It’s impossible to build a successful creative organization without granting team members a strong sense of agency. Jobs witnessed this first hand. NeXT might have been a failure, but what happened next was astonishing.

“NeXT was a commercial failure that was part of a 12-year down period for Jobs. At the same time, another company he founded — Pixar turned out to be a resounding success. Why? He did not micromanage it. He gave Ed Catmull and John Lasseter free reign to be their creative selves. As quoted in the Washington Post, Catmull said, “Jobs was very hands-off at Pixar, contrary to his reputation as a micromanager.””

If a legendary micromanager like Steve Jobs can change his ways. There is hope for the rest of us, and our bosses.