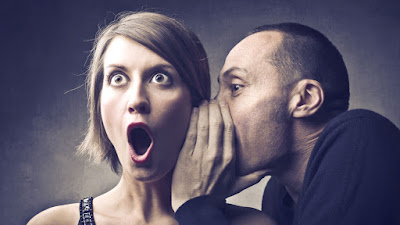 What Every Successful Person You Know Did In Their 20s (and maybe 30s) That They Never Talk About.
One commonality between people who are successful in their 30s and beyond is that they have a passion for continuous learning. They’re always reading, meeting new people and are hungry to learn more. These, coincidentally, are the same people who started their careers in roles (and on salaries) you’d probably laugh at. After all, why would you take a haircut on your salary when you’re in your 20s?


Why be a personal assistant to a lawyer when you could start RIGHT NOW as a paralegal? Why join a startup as employee #25 when you could launch your own startup RIGHT NOW? Why join Chipotle as a trainee manager when you could get a comfortable job as an accountant RIGHT NOW?
The simple answer is that they optimized the early part of their career to maximize their chance of learning, not salary.

They found a great boss who mentored them for 1, 2, 5 or even 7 years. They built a network around them of incredibly smart, hard working people. And they sacrificed a higher salary in pursuit of building a knowledge base that would serve as a foundation for the rest of their career.

As a result, they were able to absorb 10 years of real-world knowledge and experience in just a few short years, primarily by learning everything they could from their boss, who also acted as their mentor.
They potentially did this multiple times in their 20s and maybe into their 30s. They knew it would pay off in the end.

They understood that the most valuable form of currency when they were starting out was knowledge, not dollars. And they delayed gratification knowing they would be rewarded for doing what 99% of people wouldn’t — feeding their “knowledge bank” before feeding their wallet.

In their 30s, they started “cashing in” on that huge bank of knowledge they’d been building over the last 10 years. They happened upon an idea that excited them, tapped into their network and used their reputation as a hard worker to build a team that got behind their vision.

They used their savings to bootstrap a company from nothing to something. They made mistakes, but keep trying and kept pushing forward.