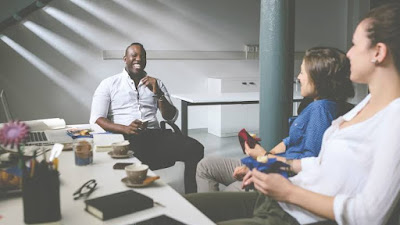 Talk, Talk, Talk.
At the beginning of any path, we’re excited and nervous. So we seek to comfort ourselves externally instead of inwardly. There’s a weak side to each of us, that — like a trade union — isn’t exactly malicious but at the end of the day still wants to get as much public credit and attention as it can for doing the least. That side we call ego.


The writer and former Gawker blogger Emily Gould — ­essentially a real-­life Hannah Horvath — realized this during her two-­year struggle to get a novel published. Though she had a six-­figure book deal, she was stuck. Why? She was too busy “spending a lot of time on the Internet,” that’s why. “In fact, I can’t really remember anything else I did in 2010. I tumbld, I tweeted and I scrolled. This didn’t earn me any money but it felt like work… It was also the only creative thing I was doing.”

She did what a lot of us do when we’re scared or overwhelmed by a project — she did everything but focus on it. In fact, many valuable endeavors we undertake are painfully difficult, whether it’s coding a new startup or mastering a craft. But talking, talking is always easy. So we do that instead.

It’s a temptation that exists for everyone — for talk and hype to replace action. Doing great work is a struggle. It’s draining, it’s demoralizing, it’s frightening — not always, but it can feel that way when we’re deep in the middle of it. We talk to fill the void and the uncertainty.

The question is, when faced with your particular challenge — ­whether it is researching in a new field, starting a business, producing a film, securing a mentor, advancing an important cause — do you seek the respite of talk or do you face the struggle head­-on?