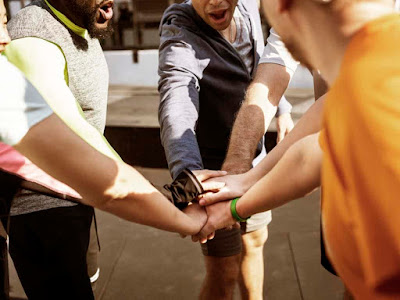 Keep The Enthusiasm Alive — Feel Enthused.
“Every man is enthusiastic at times. One man has enthusiasm for 30 minutes, another for 30 days, but it is the man who has it for 30 years that makes a success out of his life.” — Edward B. Butler


It’s all about your attitude. Lack of enthusiasm creates unhappiness and dissatisfaction. For instance, a major league baseball player named Frank Bettger, lacked enthusiasm and was demoted to the minors for the same.

Being affected by this decision of his manager, he decided to build a reputation to be known as the most enthusiastic players in the league. And a day came when he successfully landed to what he wanted to and had a commendable raise, which was made possible only when he developed the power of enthusiasm for a better chance for himself.

Similarly, the power of enthusiasm will help you a great deal to keep you positive as you will have the feeling that there are a lot of good things planned than the negativity that is bogging you down.

Create something to look forward to with enthusiasm that will trigger some sort of happiness.

~ Vartika (How to Stay Blissfully Positive at Work)