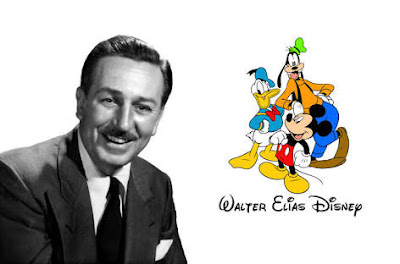 Walt Disney: How to Love What You Do.
In 1939, Snow White and the Seven Dwarfs became the highest-grossing sound film ever. It was the first full-length traditional animation feature, and despite the world suffering from the effects of the Great Depression, its commercial success created a new media giant.

Although The Walt Disney Company would continue to see many ups and downs over the next few decades, it had managed to infect the cultural consciousness.
Animation wasn’t just for children. It became a timeless way to communicate the most basic of our human values.

The person behind all of this was an eccentric man who had grown up drawing cartoons.
The name Walt Disney is now synonymous with iconic film characters and the world-famous theme parks that bear his name, but in the early days, he was just a man with an artistic itch. He wanted to show the world what happens when you mix elements of fantasy with reality.

The term artisan is often used to describe a craftsperson. Someone who makes things with their hands. However, it also connotes the idea of a job done with care for its own sake.
While a case can be made that Disney’s success was attributed to his craftsmanship, the more interesting observation about his life and his work is the level of satisfaction he derived from his career by simply treating it as a craft. He was practically infatuated with his job.

What you do for a living takes up a big part of your life, and it should be more than just work. It should be a craft. Disney was the prime example of an artisan, and his story illustrates this to its core.

~ Excerpts From The Article: "Walt Disney: How to Love What You Do" By Zat Rana.