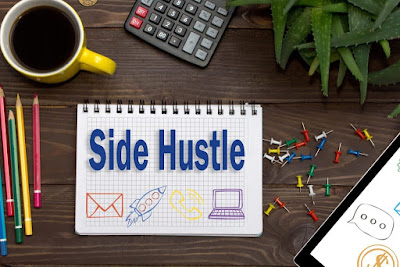 Work On A Side Hustle At The Same Time.
The first point (taking a job you may not love) is horribly wrong unless you couple it with a side hustle. Eating shit and having no way out of it is putting yourself through unnecessary torture that you may not recover from.
The rope marks could scar you for life without a side hustle.

My side hustle started out as personal development which eventually led me to begin blogging. Without this side hustle, the time where I had to eat shit would have been unbearable.

Every day while I worked a job I hated, I looked forward to the small amounts of spare time I had so that I could work on my side hustle. In the first week of this difficult job, I outsold the other staff and hit 200% of my sales target. “I achieved 200% of my sales target because I was determined to outperform so I could gain the privileges that came with it — more time and more freedom”

Instead of being micromanaged, I got the chance to watch Ted Talks with my people leader and strategize about the future of the business.

The side hustle then became much bigger later on and now it fuels everything I do. I’m obsessed with everyone finding a side hustle, so they have something to motivate them at least some of the time.

Excerpts From The Article; "Sometimes We Have To Eat Shit For A While Before We Can Rise Up Again" By Tim Denning.