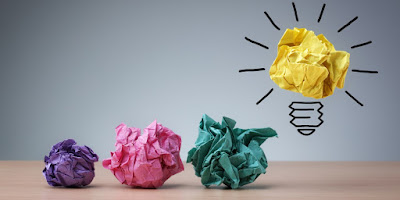 How Successful People Think Differently.
Once upon a time, there was a little boy named Steve.
Steve was born to immigrant parents from Eastern Europe. He had a lot of difficulty adjusting to society as a kid. He was ashamed that his family was different from everybody else’s. And because they were different, he got smacked and kicked around in school. He was used to getting bloody noses.


Steve liked to make movies. He would make little films using his dad’s old camera for his Boy Scout group.
Everybody loved it. And in high school, he would write movie scripts for fun which he and his friends would act out on video.
Steve dreamt of going to film school. As he was graduating high school, he applied to one of the best film programs in LA. .But his grades were terrible. So he got rejected. He had to settle for another school that didn’t have a good film program.

While in college, he got a job as an unpaid clerk at Universal Studios. He had to do a lot of grunt work that nobody else wanted to do. But Steve didn’t want to settle for that. So every day, for three months in a row, Steve put on a suit, carried an empty briefcase, acted like he knew what he was doing, and strolled past the security guards onto the set where real movies were being filmed.

He made friends with some of the directors and editors.
He got to know what they liked, what they didn’t like, what their problems were, what they wanted, and just absorbed the atmosphere in general.

And one day, when the time was right … he went for it.
Steve made a 26 minute film and sent it to one of the editors at Universal Studios. And that editor was so impressed with it that he sent it all the executives.

And then finally, Steven Spielberg was given a seven year directing contract with Universal Studios. He was the youngest director ever to get a deal like that in Hollywood.
Almost everyone who builds an incredible career breaks the “rules” at some point.