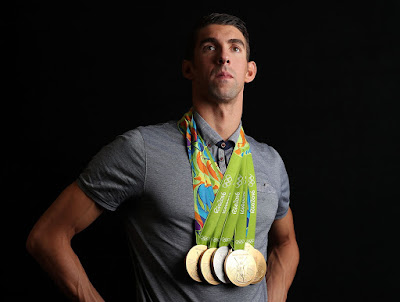 Winning Is A Natural Extension.
Michael Phelps is the most decorated Olympian of all time. He has won 28 medals in multiple swim categories and still holds several world records even though he has retired. His 80 inch wingspan and flexible ankles make him naturally predisposed to swimming — perhaps even more so than walking on land.
The talent is undeniable.


But the less told story is how his life has been built on a few habits that were intentionally inculcated into him. His swimming coach, Bob Bowman, knew Phelps could be great, but to become a champion, he needed habits that would make him the strongest mental swimmer in the pool.

Fast forward to the 2008 Olympics and Bowman was proven right. Phelps would be the first person to win eight medals in a single Olympics. When asked about how Phelps prepared, Bowman had this to say:
“If you were to ask Michael what’s going on in his head before competition, he would say he’s not really thinking about anything. He’s just following the program. But that’s not right. It’s more like his habits have taken over. The stretches went like he planned. The warmups laps were just like he visualised. His headphones are playing exactly what he expected.”

What most people viewed as tedious, Bowman saw as vital and indispensable. He goes on to explain:
“The actual race is just another step in a pattern that started earlier that day and has been nothing but victories. Winning is a natural extension.”

~ Excerpts From The Article; Keystone Habits: How One Small Change Can Improve Your Entire Life By Louis Chew.