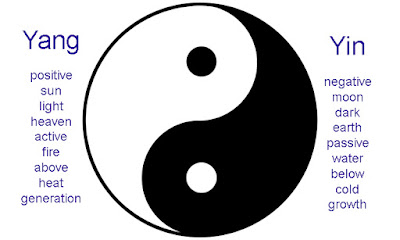 The Yin And Yang Principles.
In oriental philosophy, everything in the universe is considered to have two opposite and complementary characteristics. Thus human beings are male & female, we have a right and left side, back and front, up and down. Our lives are influenced by day and night, hot and cold, water and fire, sun and moon, and so on.


Further ahead: the two principles are known as Yin and Yang. Everything associated with life has either a Yin force or a Yang force. While they are different, they are also part of the same life force.

When a Yin element becomes too Yin, it seeks balance by becoming Yang and vice versa.

Perfect equilibrium is held to be non-dynamic and thus leads to stagnation. Everything is therefore in a state of flux.

For More Information & Consultation About Career, Personal Development, Jobs, Employee Performance and Résumés.
We Can Be Reached On (+2349093150171).
©Logic Consult.