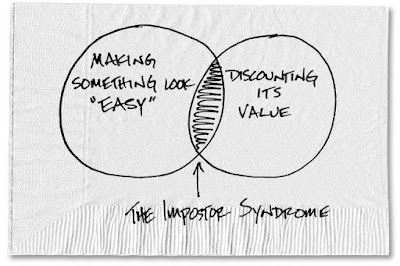 The Imposter Syndrome Is A Good Thing.
The New York Times came out with this article a while ago, examining why people from certain groups do better than others economically.
It may not be politically correct to say it, but the truth is that Asian people are more successful than everyone else on average.

The biggest reason for this, according to the NY Times, is cultural. The groups that are more successful than others have 3 common characteristics:
1. A superiority complex.
2. Some insecurity, or a feeling that you’re not good enough at what you do.
3. Impulse control.

The combination of believing that you can get to almost wherever you want to be, having discipline, and having insecurity about where you are is the formula for a successful, impactful career.

Embrace that feeling of inadequacy.