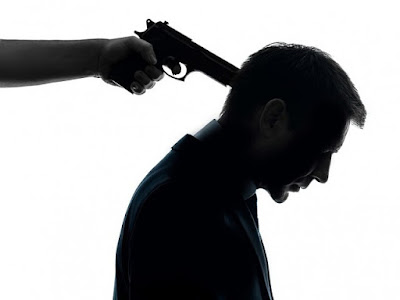 Nobody Put A Gun To Your Head.
In the movie Fight Club, there’s a scene involving the main character, Tyler Durden, and a convenience store owner. Tyler points a gun at the store owner and orders him to the back alley behind the store. He tells the owner, Raymond K. Hessle, to kneel on the ground and points the gun at the back of his head execution style.
He tells Raymond to pull out his wallet. In it, he finds an old student I.D. He asks Raymond what he went to school for. Raymond tells Tyler he was studying to become a veterinarian. Tyler then asks him why he quit.


“Too much time,” Raymond says. Tyler tells Raymond if he isn’t in veterinary school in the next 6 weeks, he’s going to come back to the store and kill him. After Raymond scurries home, Tyler looks up says, “Tomorrow will be the best day of Raymond K. Hessle’s life.”

By threatening him with death, he removes his excuses. He’s left with only one reasonable choice — follow his old dream. In a twisted way, he’s free,because he has to act.
In real life, no one threatens us with death to pursue a calling. Instead, we act as if we’ve been coerced into doing the opposite.

Nobody put a gun to your head and told you to find a job that doesn’t pay you what you think you deserve.
No one is forcing you to be unhappy. You’re choosing to live and feel this way.

Yes, it can be difficult to change your career, go to night school while you hold down a job and take care of your kids, or start a side project outside of your 9 to 5. But you could decide to do these things. Your circumstances are a reflection of your choices.

If you want to act like there’s a gun to your head, why not do it the other way around? Put a metaphorical gun to your head in terms of building a better future for yourself.

How? By making inaction the worst case scenario in your life.

Excerpts From The Article; "The Secret to Successfully Dealing With a Job You Hate That Almost No One Ever Uses"