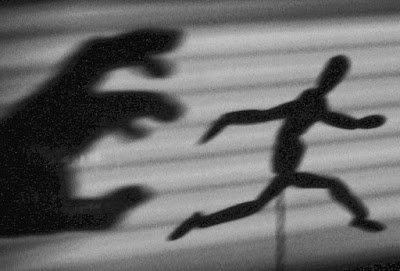 6 Crippling Fears That Push Away Success.
"I don't deserve it."
The top challenge I see among people who want so much more in life but aren’t getting it is, deep down, they don't believe they really deserve it. So often, in childhood and early life, people have been slapped down, when an authority figure (a mother or father, or teacher) tells them they're not smart, talented, courageous, strong or persistent enough to make great things happen in their lives.


They've heard from someone they trust and believe that they're lazy, childish, stupid, or lacking some key trait the authority figure was sure they needed. And they’ve bought into this nonsense, and can’t shake it. They think that success is only for the “worthy.” They don’t understand that great success is available and possible for anyone who is ready to do the committed inner and outer work necessary to be of help in the world.

Tip: Every single person on this planet is worthy of success. It wasn’t handed out in small doses to a few select individuals when we were born. You can have the success you want, but not until you understand that it’s your actions, mindset and your commitment that need revision, not the world outside yourself.