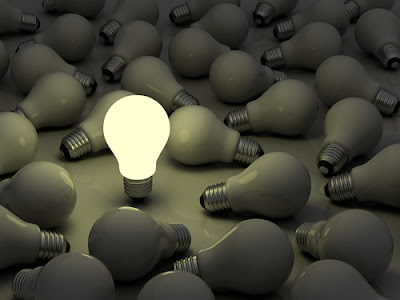 Think Differently.
Steve Jobs was famous for what observers called his “reality distortion field,” which made him dismissive of phrases like “It can’t be done.” When he ordered a special kind of glass for the first iPhone, manufacturers were aghast at the aggressive deadline. “Don’t be afraid,” Jobs said. “You can do it. Get your mind around it. You can do it.”


Nearly overnight, manufacturers transformed their facilities into glassmaking behemoths, and within six months they had made enough for the whole first run of the phone. His insistence pushed them past what they thought was possible.

We can choose to reject our first judgments and the objections that spring out of them by insisting that obstacles are in fact malleable not concrete. Like, Apple’s leader we must have faith in our ability to make something where there was nothing before.

To companies like Facebook and Google in their startup years, the idea that no one had ever done something was a good thing. It meant there was an opportunity to own it themselves.