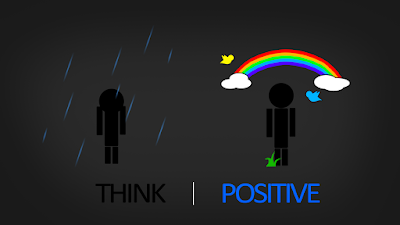 Find Someone Positive In Every Situation.
Nothing helps a person to remain positive like having an ally. The world is filled with negative people; in fact, they often flock together. But positive people are everywhere, too.

You'll often find them soaring above the negative people-like eagles. When you do, seek them out. If you're having a hard time, get close and "Draft" behind them the way racers do.

If they're having difficulty, you be the one to go out front and make things easier. Two positive people are much better at fighting off the blues than someone doing it alone.