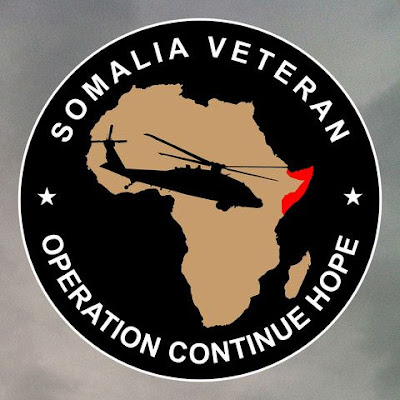 On this day in 1992, 1,800 United States Marines arrive in Mogadishu, Somalia, to spearhead a multinational force aimed at restoring order in the conflict-ridden country.
Following centuries of colonial rule by countries including Portugal, Britain and Italy, Mogadishu became the capital of an independent Somalia in 1960. Less than 10 years later, a military group led by Major General Muhammad Siad Barre seized power and declared Somalia a socialist state. A drought in the mid-1970s combined with an unsuccessful rebellion by ethnic Somalis in a neighboring province of Ethiopia to deprive many of food and shelter.
By 1981, close to 2 million of the country’s inhabitants were homeless. Though a peace accord was signed with Ethiopia in 1988, fighting increased between rival clans within Somalia, and in January 1991 Barre was forced to flee the capital. Over the next 23 months, Somalia’s civil war killed some 50,000 people; another 300,000 died of starvation as United Nations peacekeeping forces struggled in vain to restore order and provide relief amid the chaos of war.

In early December 1992, outgoing U.S. President George H.W. Bush sent the contingent of Marines to Mogadishu as part of a mission dubbed Operation Restore Hope. Backed by the U.S. troops, international aid workers were soon able to restore food distribution and other humanitarian aid operations. Sporadic violence continued, including the murder of 24 U.N. soldiers from Pakistan in 1993. As a result, the U.N. authorized the arrest of General Mohammed Farah Aidid, leader of one of the rebel clans. On October 3, 1993, during an attempt to make the arrest, rebels shot down two of the U.S. Army’s Black Hawk helicopters and killed 18 American soldiers.
As horrified TV viewers watched images of the bloodshed—-including footage of Aidid’s supporters dragging the body of one dead soldier through the streets of Mogadishu, cheering—-President Bill Clinton immediately gave the order for all American soldiers to withdraw from Somalia by March 31, 1994. Other Western nations followed suit. When the last U.N. peacekeepers left in 1995, ending a mission that had cost more than $2 billion, Mogadishu still lacked a functioning government. A ceasefire accord signed in Kenya in 2002 failed to put a stop to the violence, and though a new parliament was convened in 2004, rival factions in various regions of Somalia continue to struggle for control of the troubled nation.