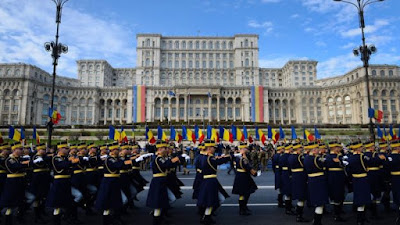 1989
Romanian government falls
The Romanian army defects to the cause of anti-communist demonstrators, and the government of Nicolae Ceausescu is overthrown. The end of 42 years of communist rule came three days after Ceausescu’s security forces opened fire on demonstrators in Timisoara. After the army’s defection, Ceausescu and his wife fled from Bucharest in a helicopter but were captured and convicted of mass murder in a hasty military trial. On December 25, they were executed by a firing squad.


Ceausescu, ruler of Romania since 1965, had resisted the liberalization of the USSR and other Soviet bloc countries in the late 1980s. By the time of his government’s downfall in 1989, Romania was the most repressive and economically backward country in Europe.