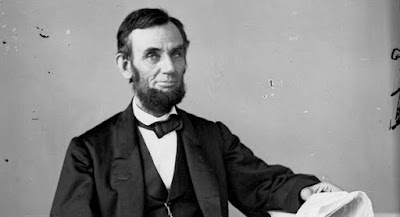 
Lincoln’s State of the Union address.

On this day in 1862, President Abraham Lincoln addresses the U.S. Congress and speaks some of his most memorable words as he discusses the Northern war effort.
Lincoln used the address to present a moderate message concerning his policy towards slavery. Just10 weeks before, he had issued his Emancipation Proclamation, which declared that slaves in territories still in rebellion as of January 1, 1863, would be free.
The measure was not welcomed by everyone in the North–it met with considerable resistance from conservative Democrats who did not want to fight a war to free slaves.

The November 1862 elections were widely interpreted as a condemnation of the emancipation plan. The Democrats won the New York governorship and 34 seats in the U.S. House of Representatives, though the Republicans gained five Senate seats and maintained control of most state legislatures. Lincoln used the State of the Union address to present a more moderate position on emancipation. He mentioned gradual, compensated emancipation of slaves, which many moderates and conservatives desired, but he also asserted that the slaves liberated thus far by Union armies would remain forever free.
Lincoln’s closing paragraph was a statement on the trials of the time: “The dogmas of the quiet past are inadequate to the stormy present…fellow citizens, we cannot escape history…The fiery trial through which we pass will light us down, in honor or dishonor, to the latest generation. We say we are for the Union. The world will not forget that we say this. We know how to save the Union…In giving freedom to the slave, we ensure freedom to the free–honorable alike in what we give, and what we preserve. We shall nobly save, or meanly lose, the last, best hope of earth.”