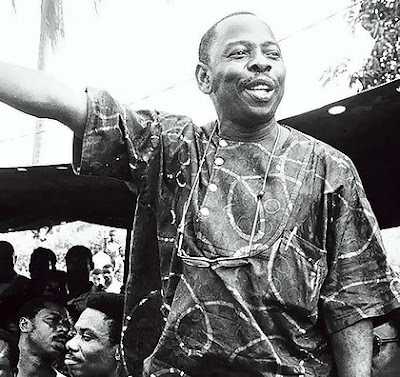 
Playwright and activist hanged in Nigeria.

Ken Saro-Wiwa, a Nigerian playwright and environmental activist, is hanged in Nigeria along with eight other activists from the Movement for the Survival of the Ogoni People (Mosop).
Saro-Wiwa, an outspoken critic of Nigeria’s military regime, was charged by the government with the 1994 murder of four pro-military traditional leaders. He maintained his innocence, claiming that he was being unlawfully silenced for his criticism of the exploitation of the oil-rich Ogoni basin by the Nigerian ruling government and the Shell Petroleum Development Company.
Most of the international community agreed, but Nigerian leader General Sani Abacha refused to grant the defendants an appeal and would not delay the executions.

Before his death, Saro-Wiwa won Sweden’s prestigious Right Livelihood Award and had also been nominated for the Nobel Peace Prize. In reaction to the executions, U.S. President Bill Clinton recalled the U.S. ambassador from Lagos and imposed an arms ban, though trade with oil-rich Nigeria continued.