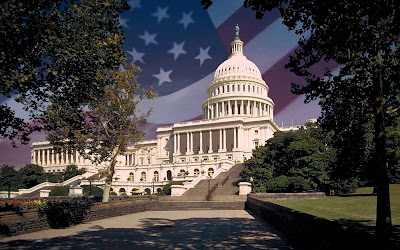 On this day in 1792, the cornerstone of the White House is laid in the nation’s new capital, Washington, D.C.
George Washington, who had been in office just over a year when the site for the capital was determined, asked a French architect and city planner named Pierre L’Enfant to design the new city. The mansion itself was designed by Irish-born architect James Hoban and eventually became known as the “White House.” George Washington, however, never lived in the mansion. It was not completed until 1800. President John Adams and his wife Abigail were its first residents, but they lived there less than a year. Thomas Jefferson, the nation’s third president, moved in in 1801.


The White House has undergone several renovations since its completion. In August 1814, during the War of 1812, British troops invaded Washington, D.C. and set fire to the White House, almost burning it to the ground. Though then-President James Madison and his wife Dolley were never able to move back into the mansion, the building had been substantially reconstructed by 1817, when James Monroe took over the presidency. During the Eisenhower (1950 – 1961) and Kennedy (1961- 1963) administrations, the White House again underwent refurbishing and redecorating.
At one time or another, the mansion has sported a variety of amenities, including horse stables and carriage houses, a bowling alley, a jogging track, a movie theater and solar panels. In addition to the presidents and their families, the executive home has also been home to an impressive assortment of animals: dogs, cats, goats, pigs, tiger cubs, an elephant, a zebra, snakes and an alligator.