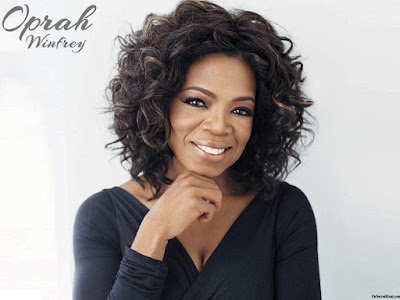 On this day in 1986, The Oprah Winfrey Show is broadcast nationally for the first time. A huge success, her daytime television talk show turns Winfrey into one of the most powerful, wealthy people in show business and, arguably, the most influential woman in America.


Winfrey, who was born in rural Mississippi to a poor unwed teenage mother on January 24, 1954, began her TV career as a local news anchor in Nashville and Baltimore before moving to Chicago in 1984 to host a low-rated morning talk program. She quickly turned the show into a ratings winner, beating out a popular talk program hosted by Phil Donahue. At the urging of the Chicago-based movie critic Roger Ebert, Winfrey signed a syndication deal with King World and The Oprah Winfrey Show was broadcast nationally for the first time on September 8, 1986. It went on to become the highest-rated talk show in TV history.
Proving that talk-show host wasn’t the only role she could play, Winfrey made her big-screen debut as Sofia in director Steven Spielberg’s The Color Purple(1985), based on Alice Walker’s Pulitzer Prize-winning novel of the same name and co-starring Whoopi Goldberg and Danny Glover. The film earned Winfrey a Best Supporting Actress Oscar nomination, although she lost the gold statue to Anjelica Huston (Prizzi’s Honor). Winfrey went on to star in and produce in 1998’s Beloved, based on Toni Morrison’s Pulitzer Prize-winning novel, and voice characters for 2006’s Charlotte’s Web and 2007’s Bee Movie, which co-starred and was co-written by Jerry Seinfeld. In addition to TV and film, Winfrey became a true media mogul, branching out to books and magazines, radio, musical theater and the Web.
In 2008, The Oprah Winfrey Show had an estimated weekly audience of some 46 million viewers in the United States and was broadcast around the world in 134 countries. Winfrey wields enormous influence when it comes to promoting products: A recommendation on her show could turn a book, movie or just about anything else into a bestseller, a phenomenon that has been dubbed the “Oprah Effect.” The show ended in May 2011, several months after Winfrey launched the Oprah Winfrey Network (OWN).