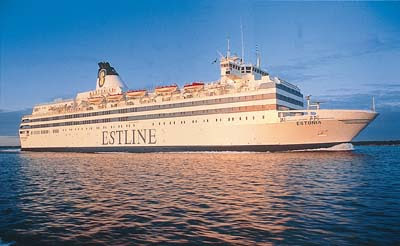 On this day in 1994, 852 people die in one of the worst maritime disasters of the century when the Estonia, a large car-and-passenger ferry, sinks in the Baltic Sea.
The German-built ship was traveling on an overnight cruise from Tallinn, the capital city of Estonia, to Stockholm, Sweden, when it sank off the coast of Finland. Estonia, a former Soviet republic that gained its independence in 1991 (the last Russian troops left in 1994), was a popular and affordable travel destination for Swedes. The Estoniawas a type of ferry known as a “ro-ro,” which featured a smorgasbord, live music, dancing and drinking and allowed people to drive vehicles onto one end of the ship and drive off on the other end.


After hitting stormy weather, with waves reaching an estimated 15 to 20 feet, the Estonia went down in the middle of the night. Many passengers were trapped inside the ship, while others, even some who managed to make it into lifeboats, later drowned in the frigid water or died from hypothermia. Helicopters were used to rescue most of the 137 survivors.
In the aftermath of the tragedy, a joint Swedish-Finnish-Estonian government committee ruled it an accident and blamed it on stormy weather that caused water to pour through an open bow door and into the Estonia’s car deck, destabilizing the ship and capsizing it in less than an hour. However, there were others, including some family and friends of the Estonia victims, who believed the sinking was the result of a pre-existing hole caused by a collision or explosion.
Two years after the sinking of the Estonia, the Bukoba, a passenger steamship, went down in Lake Victoria near Tanzania in May 1996, leaving an estimated 1,000 people dead. In September 2002, a Senegalese passenger ferry, the Joola, sank off the coast of Gambia, resulting in at least 1,800 casualties. By comparison, when the ocean linerTitanic sank after hitting an iceberg off of Newfoundland on its maiden voyage in April 1912, approximately 1,500 lives were lost.