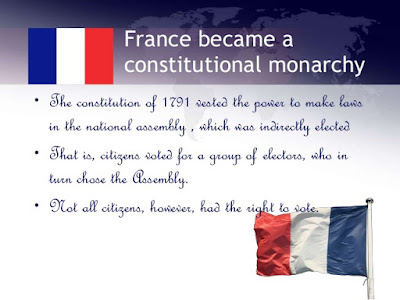 In Revolutionary France, the Legislative Assembly votes to abolish the monarchy and establish the First Republic. The measure came one year after King Louis XVI reluctantly approved a new constitution that stripped him of much of his power.


Louis ascended to the French throne in 1774 and from the start was unsuited to deal with the severe financial problems that he inherited from his predecessors. In 1789, food shortages and economic crises led to the outbreak of the French Revolution. King Louis and his queen, Mary-Antoinette, were imprisoned in August 1792, and in September the monarchy was abolished. Soon after, evidence of Louis’ counterrevolutionary intrigues with foreign nations was discovered, and he was put on trial for treason. In January 1793, Louis was convicted and condemned to death by a narrow majority. On January 21, he walked steadfastly to the guillotine and was executed. Marie-Antoinette followed him to the guillotine nine months later.