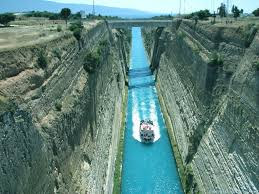 The Suez Crisis begins when Egyptian President Gamal Abdel Nasser nationalizes the British and French-owned Suez Canal.
The Suez Canal, which connects the Mediterranean and Red Seas across Egypt, was completed by French engineers in 1869. For the next 87 years, it remained largely under British and French control, and Europe depended on it as an inexpensive shipping route for oil from the Middle East.


After World War II, Egypt pressed for evacuation of British troops from the Suez Canal Zone, and in July 1956 President Nasser nationalized the canal, hoping to charge tolls that would pay for construction of a massive dam on the Nile River. In response, Israel invaded in late October, and British and French troops landed in early November, occupying the canal zone. Under Soviet, U.S., and U.N. pressure, Britain and France withdrew in December, and Israeli forces departed in March 1957. That month, Egypt took control of the canal and reopened it to commercial shipping.
Ten years later, Egypt shut down the canal again following the Six Day War and Israel’s occupation of the Sinai peninsula. For the next eight years, the Suez Canal, which separates the Sinai from the rest of Egypt, existed as the front line between the Egyptian and Israeli armies. In 1975, Egyptian President Anwar el-Sadat reopened the Suez Canal as a gesture of peace after talks with Israel. Today, an average of 50 ships navigate the canal daily, carrying more than 300 million tons of goods a year. 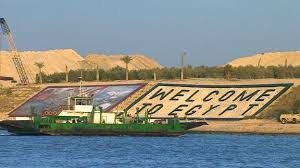 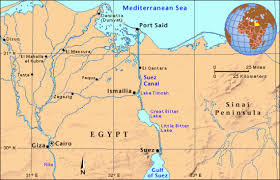