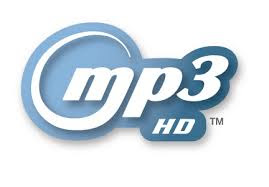 Representatives of the Recording Industry Association of America (RIAA) were not in attendance at the 1995 christening of the infant technology that would shake their business model to its core just a few years later. Known formally as “MPEG-1 Audio Layer 3,” the technology in question was an efficient new format for the encoding of high-quality digital audio using a highly efficient data-compression algorithm. In other words, it was a way to make CD-quality music files small enough to be stored in bulk on the average computer and transferred manageably across the Internet. Released to the pubic one week earlier, the brand-new MP3 format was given its name and its familiar “.mp3″ file extension on this day in 1995.


The importance of MP3, or any other scheme for compressing data, is made clear by some straightforward arithmetic. The music on a compact disc is encoded in such a way that a single second corresponds to approximately 176,000 bytes of data, and a single three-minute song to approximately 32 million bytes (32MB). In the mid-1990s, when it was not uncommon for a personal computer to have a total hard-drive capacity of only 500MB, it was therefore impossible to store even one album’s worth of music on the average home computer. And given the actual connection speed of a then-standard 56K dial-up modem, even a single album’s worth of music would have taken literally all day to transfer over the Internet. In this way, the nature of the CD format and the state of mid-90s computer and telecommunications technologies offered the music industry a practical barrier to copyright infringement via Internet file-sharing. But then came MP3.
Over the course of the late 1980s and early 1990s, several teams of audio engineers worked to develop, test and perfect the standard that would eventually gain the blessing of Motion Picture Experts Group (MPEG). Their approach took advantage of certain physical and cognitive characteristics of human hearing, such as our inability to detect the quieter of two sounds played simultaneously. Using a “perceptual” compression method, engineers were able to eliminate more than 90 percent of the data in a standard CD audio file without compromising sound quality as perceived by the average listener using standard audio equipment.
Suddenly, that digital copy of your favorite pop song took up only 2-3 MB on your hard-drive rather than 32MB, which in combination with the growth in average drive capacity and the increase in average Internet connection speed created the conditions for both the rampant, Winamp- and Napster-enabled copyright infringement of 1999-2000 and for the legal commercial distribution of digital music via the Internet. In the eyes of the RIAA, those are the conditions that also explain the 29 percent decline in the sales of music CDs between 2000 and 2006. 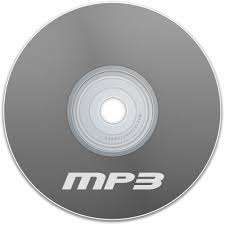