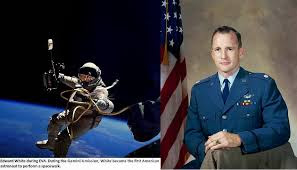 An American walks in space.

One hundred and 20 miles above the earth, Major Edward H. White II opens the hatch of the Gemini 4 and steps out of the capsule, becoming the first American astronaut to walk in space. Attached to the craft by a 25-foot tether and controlling his movements with a hand-held oxygen jet-propulsion gun, White remained outside the capsule for just over 20 minutes. As a space walker, White had been preceded by Soviet cosmonaut Aleksei A. Leonov, who on March 18, 1965, was the first man ever to walk in space. 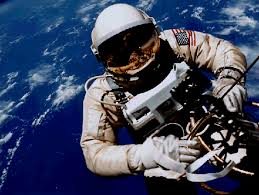 Implemented at the height of the space race, NASA’s Gemini program was the least famous of the three U.S.-manned space programs conducted during the 1960s. However, as an extension of Project Mercury, which put the first American in space in 1961, Gemini laid the groundwork for the more dramatic Apollo lunar missions, which began in 1968. The Gemini space flights were the first to involve multiple crews, and the extended duration of the missions provided valuable information about the biological effects of longer-term space travel. When the Gemini program ended in 1966, U.S. astronauts had also perfected rendezvous and docking maneuvers with other orbiting vehicles, a skill that would be essential during the three-stage Apollo moon missions. 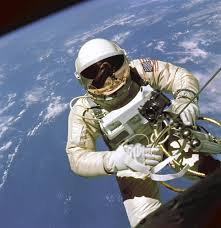 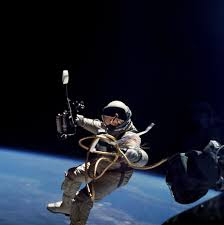