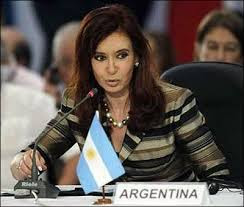 With Argentine President Juan Peron on his deathbed, Isabela Martinez de Peron, his wife and vice president, is sworn in as the leader of the South American country. President Isabela Peron, a former dancer and Peron’s third wife, was the Western Hemisphere’s first female head of government. Two days later, Juan died from heart disease, and Isabela was left alone as leader of a nation suffering from serious economic and political strife.


In 1943, as an army officer, Juan Domingo Peron joined a military coup against Argentina’s ineffectual civilian government. Appointed secretary of labor, his influence grew, and in 1944 he also became vice president and minister of war. In October 1945, Peron was ousted from his positions by a coup of constitutionally minded civilians and officers, and he was imprisoned, but appeals from workers and his charismatic mistress, Eva Duarte, soon forced his release. The night of his release, October 17, he addressed a crowd of some 300,000 people from the balcony of the presidential palace and promised to lead the people to victory in the coming presidential election. Four days later, Peron, a widower, married Eva Duarte, or “Evita,” as she became affectionately known.
As president, Peron constructed an impressive populist alliance, and his vision of self-sufficiency for Argentina won him wide support. However, he also became increasingly authoritarian, jailing political opponents and restricting freedom of the press. In 1952, his greatest political resource, Evita, died, and support for him dissolved. Three years later, he was ousted in a military coup. In 1973, after 18 years of exile, he returned to Argentina and won the presidency again. His third wife, Isabela Martinez de Peron, was elected as vice president and in 1974 succeeded him upon his death.
President Isabela Peron was unable to command the support of any powerful group, let alone construct a necessary coalition, and the political and economic situation in Argentina worsened. On March 24, 1976, following a sharp rise in political terrorism and guerrilla activity, the military deposed Isabela Peron and instituted one of the bloodiest regimes in South American history. Isabela Peron was imprisoned for five years on a charge of abuse of property and upon her release in 1981 settled in Madrid. 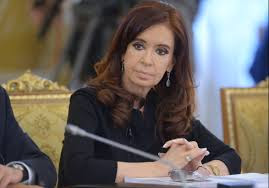