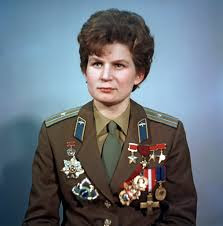 On June 16, 1963, aboard Vostok 6, Soviet Cosmonaut Valentina Tereshkova becomes the first woman to travel into space. After 48 orbits and 71 hours, she returned to earth, having spent more time in space than all U.S. astronauts combined to that date.


Valentina Vladimirovna Tereshkova was born to a peasant family in Maslennikovo, Russia, in 1937. She began work at a textile factory when she was 18, and at age 22 she made her first parachute jump under the auspices of a local aviation club. Her enthusiasm for skydiving brought her to the attention of the Soviet space program, which sought to put a woman in space in the early 1960s as a means of achieving another “space first” before the United States. As an accomplished parachutist, Tereshkova was well equipped to handle one of the most challenging procedures of a Vostok space flight: the mandatory ejection from the capsule at about 20,000 feet during reentry. In February 1962, she was selected along with three other woman parachutists and a female pilot to begin intensive training to become a cosmonaut.
In 1963, Tereshkova was chosen to take part in the second dual flight in the Vostok program, involving spacecrafts Vostok 5 and Vostok 6. On June 14, 1963,Vostok 5 was launched into space with cosmonaut Valeri Bykovsky aboard. With Bykovsky still orbiting the earth, Tereshkova was launched into space on June 16 aboard Vostok 6. The two spacecrafts had different orbits but at one point came within three miles of each other, allowing the two cosmonauts to exchange brief communications. Tereshkova’s spacecraft was guided by an automatic control system, and she never took manual control. On June 19, after just under three days in space, Vostok 6 reentered the atmosphere, and Tereshkova successfully parachuted to earth after ejecting at 20,000 feet. Bykovsky and Vostok 5 landed safely a few hours later.
After her historic space flight, Valentina Tereshkova received the Order of Lenin and Hero of the Soviet Union awards. In November 1963, she married fellow cosmonaut Andrian Nikolayev, reportedly under pressure from Soviet leader Nikita Khrushchev, who saw a propaganda advantage in the pairing of the two single cosmonauts. The couple made several goodwill trips abroad, had a daughter, and later separated. In 1966, Tereshkova became a member of the Supreme Soviet, the USSR’s national parliament, and she served as the Soviet representative to numerous international women’s organizations and events. She never entered space again, and hers was the last space flight by a female cosmonaut until the 1980s. 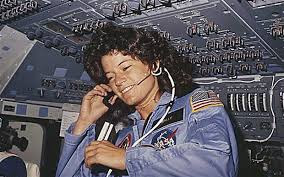 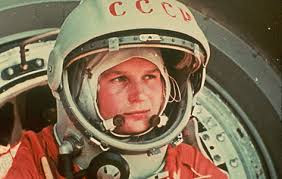