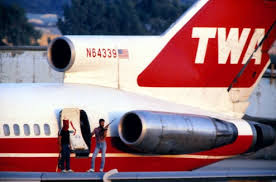 TWA flight 847 is hijacked by terrorists.

TWA Flight 847 from Athens to Rome is hijacked by Shiite Hezbollah terrorists who immediately demand to know the identity of ”those with Jewish-sounding names.” Two of the Lebanese terrorists, armed with grenades and a 9-mm. pistol, then forced the plane to landin Beirut, Lebanon.
Once on the ground, the hijackers called for passengers with Israeli passports, but there were none. Nor were there any diplomats on board. They then focused their attention on the several U.S. Navy construction divers aboard the plane. Soon after landing, the terrorists killed Navy diver Robert Stethem, and dumped his body on the runway.


TWA employee Uli Derickson was largely successful in protecting the few Jewish passengers aboard by refusing to identify them. Most of the passengers were released in the early hours of what turned out to be a 17-day ordeal, but five men were singled out and separated from the rest of the hostages. Of these five, only Richard Herzberg, an American, was Jewish.
During the next two weeks, Herzberg maintained to his attackers that he was a Lutheran of German and Greek ancestry. Along with the others, he was taken to a roach-infested holding cell somewhere in Beirut, where other Lebanese prisoners were being held. Fortunately, the TWA hostages were treated fairly well.
On June 30, after careful negotiations, the hostages were released unharmed. Since the terrorists were effectively outside the law’s reach in Lebanon, it appeared as though the terrorists would go free from punishment. Yet, Mohammed Ali Hammadi, who was wanted for his role in TWA Flight 847 attack, was arrested nearly two years later at the airport in Frankfurt, Germany, with explosives.
Within days of his arrest, two German citizens were kidnapped while in Lebanon in a successful attempt to discourage Germany from extraditing Hammadi to the United States for prosecution. Germany decided to try Hamadi instead, and he was convicted and sentenced to life in prison, the maximum penalty under German law. He was released on parole in 2005 after serving 19 years. Since then, the United States has unsuccessfully petitioned for his extradition from Lebanon. Despite unconfirmed reports that Hammadi was killed by a CIA drone in Pakistan in June 2010, he remains on the FBI’s Most Wanted Terrorists List along with his surviving accomplices. 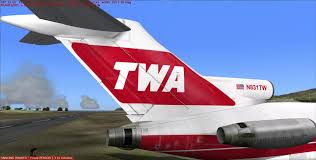