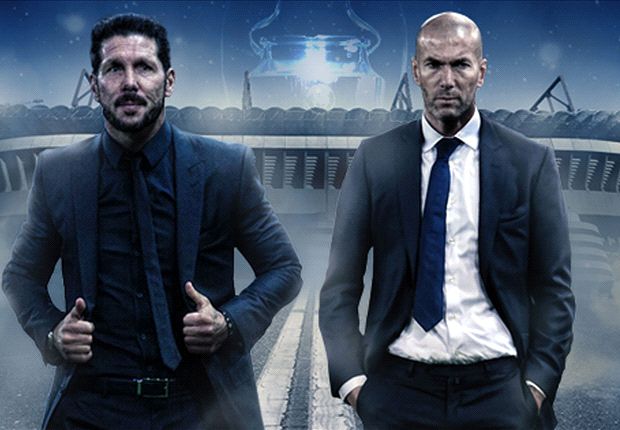 The UEFA Champions League final is here. A Madrid derby for the 2nd time in 3 years, the last final was won by Real Madrid 4-1  after a stoppage time equaliser that took the game into extra time and which Madrid subsequently prevailed. Atletico knocked out Barca and Bayern Munich to get to the final and a lot of fans and football analyst think this is their year, while Real Madrid saw off Wolfsburg, Roma and Manchester City to get to the final.

View from Madrid: Joseph Walker (@UEFAcomJoeW)Simeone and Atlético will attempt to avenge their heartbreak of two years ago as they take on their great city rivals. Atlético will be full of confidence, having lost just once in the last ten meetings between the teams, and knocked out both Barcelona and Bayern München on their way to this final.
Real Madrid, on the other hand, will feel they have the psychological advantage following what happened in Lisbon – and the fact their one victory in the last ten derbies came in last season's UEFA Champions League.
Time Will Tell!
Stadio San Siro, Italy 20:45 CET.