Today In History: May 31st. 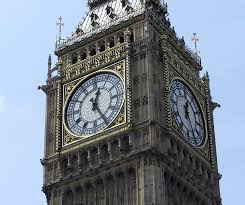 The famous tower clock known as Big Ben, located at the top of the 320-foot-high St. Stephen’s Tower, rings out over the Houses of Parliament in Westminster, London, for the first time on this day in 1859.
After a fire destroyed much of the Palace of Westminster–the headquarters of the British Parliament–in October 1834, a standout feature of the design for the new palace was a large clock atop a tower. The royal astronomer, Sir George Airy, wanted the clock to have pinpoint accuracy, including twice-a-day checks with the Royal Greenwich Observatory. While many clockmakers dismissed this goal as impossible, Airy counted on the help of Edmund Beckett Denison, a formidable barrister known for his expertise in horology, or the science of measuring time.

Denison’s design, built by the company E.J. Dent& Co., was completed in 1854; five years later, St. Stephen’s Tower itself was finished. Weighing in at more than 13 tons, its massive bell was dragged to the tower through the streets of London by a team of 16 horses, to the cheers of onlookers. Once it was installed, Big Ben struck its first chimes on May 31, 1859. Just two months later, however, the heavy striker designed by Denison cracked the bell. Three more years passed before a lighter hammer was added and the clock went into service again. The bell was rotated so that the hammer would strike another surface, but the crack was never repaired.
The name “Big Ben” originally just applied to the bell but later came to refer to the clock itself. Two main stories exist about how Big Ben got its name. Many claim it was named after the famously long-winded Sir Benjamin Hall, the London commissioner of works at the time it was built. Another famous story argues that the bell was named for the popular heavyweight boxer Benjamin Caunt, because it was the largest of its kind.
Even after an incendiary bomb destroyed the chamber of the House of Commons during the Second World War, St. Stephen’s Tower survived, and Big Ben continued to function. Its famously accurate timekeeping is regulated by a stack of coins placed on the clock’s huge pendulum, ensuring a steady movement of the clock hands at all times. At night, all four of the clock’s faces, each one 23 feet across, are illuminated. A light above Big Ben is also lit to let the public know when Parliament is in session. 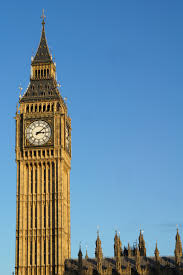 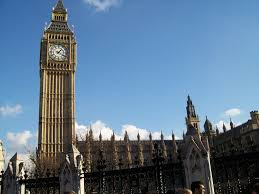