Today In History: May 1st. 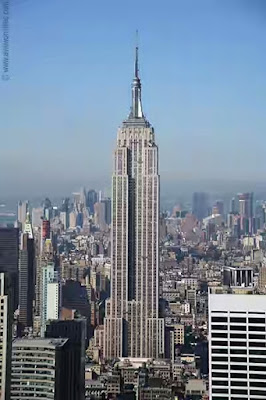 On this day in 1931, President Herbert Hoover officially dedicates New York City’s Empire State Building, pressing a button from the White House that turns on the building’s lights. Hoover’s gesture, of course, was symbolic; while the president remained in Washington, D.C., someone else flicked the switches in New York.

The idea for the Empire State Building is said to have been born of a competition between Walter Chrysler of the Chrysler Corporation and John Jakob Raskob of General Motors, to see who could erect the taller building. Chrysler had already begun work on the famous Chrysler Building, the gleaming 1,046-foot skyscraper in midtown Manhattan. Not to be bested, Raskob assembled a group of well-known investors, including former New York Governor Alfred E. Smith. The group chose the architecture firm Shreve, Lamb and Harmon Associates to design the building. The Art-Deco plans, said to have been based in large part on the look of a pencil, were also builder-friendly: The entire building went up in just over a year, under budget (at $40 million) and well ahead of schedule. During certain periods of building, the frame grew an astonishing four-and-a-half stories a week.

At the time of its completion, the Empire State Building, at 102 stories and 1,250 feet high (1,454 feet to the top of the lightning rod), was the world’s tallest skyscraper. The Depression-era construction employed as many as 3,400 workers on any single day, most of whom received an excellent pay rate, especially given the economic conditions of the time. The new building imbued New York City with a deep sense of pride, desperately needed in the depths of the Great Depression, when many city residents were unemployed and prospects looked bleak. The grip of the Depression on New York’s economy was still evident a year later, however, when only 25 percent of the Empire State’s offices had been rented.

In 1972, the Empire State Building lost its title as world’s tallest building to New York’s World Trade Center, which itself was the tallest skyscraper for but a year. Today the honor belongs to Dubai’s Burj Khalifa tower, which soars 2,717 feet into the sky. 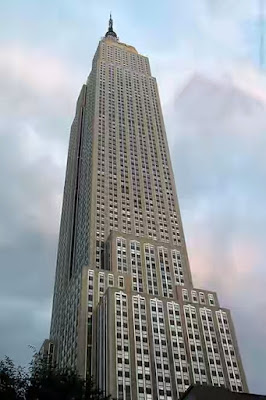