Today In History: May 19th. 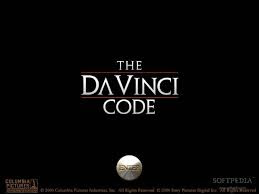 Amid a firestorm of publicity and controversy, the director Ron Howard’s big-screen adaptation of Dan Brown’s mega-bestselling thriller The Da Vinci Code debuts in theaters on this day in 2006.
Howard directed the $125 million film from a script by Akiva Goldsman; the pair had previously won Oscars for their collaboration on 2001’s A Beautiful Mind, starring Russell Crowe as the brilliant mathematician–and paranoid schizophrenic–John Nash. Clocking in at two hours and 20 minutes, The Da Vinci Code starred Tom Hanks as Robert Langdon, a professor of religious symbology at Harvard University. Audrey Tautou played Sophie, the alluring French cryptographer who teams with Langdon to investigate symbolic clues left by her grandfather, a curator at the Louvre Museum in Paris, after he is murdered at the hands of a mysterious hooded figure named Silas (Paul Bettany). The acclaimed actor Ian McKellen also appeared in the film, playing the campy and eccentric British academic Sir Leah Teabing, who teaches Langdon and Sophie of a secret society formed long ago to protect the descendants of Jesus and Mary Magdalene.
Though critics had savaged Brown’s novel, published in 2003, it was devoured by legions of avid fans, and by the time the film was released, the book had sold some 60 million copies worldwide. A mini-tourist industry even grew up around the book, as readers rushed to visit key sights mentioned by Brown. Its popularity was due in no small part to the controversy surrounding the book’s portrayal of the history of Christianity, the world’s largest religion. Some Christian leaders were particularly incensed by the book’s claim that Jesus was in fact a mortal man who was married to Mary Magdalene, and that the couple had children who live in France today. The most vehement critics of the book’s content–many of whom also protested at screenings of the film when it was released–maintained that The Da Vinci Code was not just a harmless piece of suspense fiction but a dangerous piece of propaganda aimed at building the public’s distrust of the Roman Catholic Church–already bruised from widespread revelations of people who claimed to have been sexually abused as children by members of the clergy. A string of authors had already rushed to publish books rebutting the claims of the novel, many claiming to have “broken” or “cracked” the Da Vinci Code.
The film premiered at the Cannes Film Festival on May 17, 2006, two days before it was released in the United States. Earlier that month, a representative of the Vatican had condemned the film at a conference in Rome as “full of calumnies, offenses, and historical and theological errors,” according to a story in Catholic World News. Just as book critics had maligned Brown’s clunky prose, many film reviewers reacted with disdain to the movie, and just as with the book, neither the protests, nor the generally poor reviews, failed to keep audiences away: The Da Vinci Code had the third-highest opening weekend of the year, at some $77 million, and went on to gross a total of $217 domestically. 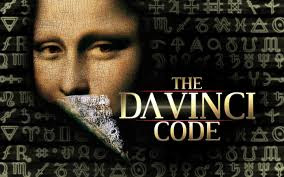