Today In History: May 12th. 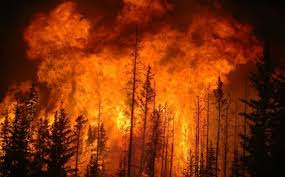 Firefighters finally contain a giant fire sweeping eastward across China on this day in 1987, but not before 193 people are killed.
The fateful fire began on May 6 in Mohe County of the Heilongjiang Province. From the outset, authorities mishandled the blaze, failing to contain it while the size was still manageable. It spread quickly and within two days, 2,000 square miles had burned and 100 people were dead. Firefighters also had to contend with a separate large forest fire that had broken out near China’s border with the Soviet Union that threatened to join the initial blaze.
It took several more days for the firefighters to finally stop the spread of the fire as it moved toward Inner Mongolia. Although the city of Manqui was saved by controlled fire breaks set by the firefighters, the toll from this huge fire was already immense. Two and a half million acres of land burned and 50,000 people lost their homes. In addition to the 193 people who were killed, hundreds more were injured.
When the fire finally burned out completely on May 27, Yang Zhong, China’s Forestry Minister, was fired for the initially incompetent firefighting response. 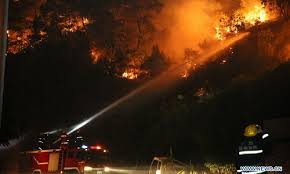