Are You a Born Survivor? The Story of The Girl Who Fell From The Sky.

Juliane Koepcke’s parents ran the Panguana Ecological Research Station in the Peruvian rainforest, and she’d spent years accompanying them on research trips into the jungle. She could never have known that her parents’ survival lessons would one day save her life… 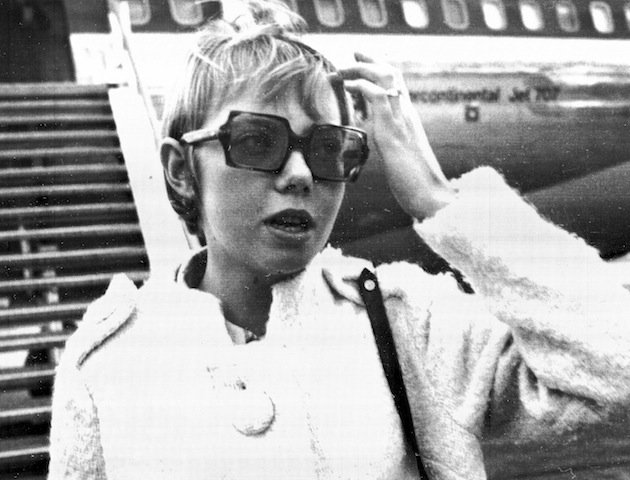 On 24 December 1971, 17-year-old Juliane Koepcke was waiting to fly from Lima to Pucallpa in eastern Peru to visit her father for Christmas. Her mother Maria had wanted to leave two days earlier – but Juliane’s school dance and graduation were on 22 and 23 December, and she’d wanted to attend. So, the mother and daughter had booked seats on the Christmas Eve flight instead.
After a frustrating seven-hour delay, Juliane and her mother boarded LANSA Flight 508 at 11am. They sat together, Juliane by the window, her mother next to her, and a large man sat in the aisle seat. The first half hour of the flight passed by as usual, with the cabin crew serving passengers a sandwich and a drink.
Not long after the refreshments had been handed out, the plane flew into a heavy, black, thunderous cloud. Juliane, who liked flying, wasn’t bothered. But just 10 minutes later, it became clear to everyone on board that something was seriously wrong.
In her book, When I Fell From The Sky, Juliane describes the horror that unfolded:
‘Suddenly, daylight turns to night and lightning flashes from all directions. People gasp as the plane shakes violently. Bags, wrapped gifts, and clothing fall from overhead lockers. Sandwich trays soar through the air, and half-finished drinks spill onto passengers’ heads. People scream and cry.
“Hopefully this goes all right,” my mother says nervously.
I see a blinding white light over the right wing. I don’t know whether it’s a flash of lightning or an explosion. I lose all sense of time. The airplane begins to nose-dive. From my seat in the back, I can see down the aisle into the cockpit.
My ears, my head, my whole body are filled with the deep roar of the plane. Over everything, I hear my mother say calmly, “Now it’s all over.”’
Those were the last words Juliane heard her mother speak.


Later analysis of the crash concluded that lightening had struck the plane, which caused a fire on the right wing. It had separated from the aircraft, along with part of the left wing… 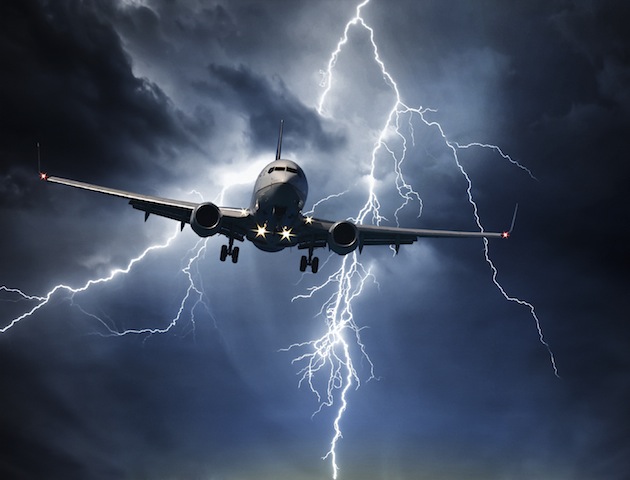 Seconds after the strike, Juliane found herself outside of the plane, still strapped into her seat. She was a gut-wrenching two miles (10,000ft) above the Peruvian jungle, freefalling to her death. The seat-bench she was on was spinning like a maple seed, her belt-buckle cutting relentlessly into her belly and forcing the air from her lungs. Juliane lost consciousness before she plummeted through the dense jungle canopy.
When she came to, on the rainforest floor, Juliane realised with amazement that she had survived the air crash with little more than a broken collarbone, one swollen eye and a deep gash on her calf. She was terrified, disoriented and badly concussed – but she could move, and she could walk.
Of the 92 passengers and crew aboard the flight, only Juliane survived to tell the tale. Not knowing this at the time, she called out to her mother, to be met only with the sounds of the rainforest. Juliane later learned that her mother had survived the crash, but due to her severe injuries, she couldn’t move to look for help. She’d died an agonising, lonely death several days later. It’s thought that 14 other passengers shared Maria’s fate.
Alone 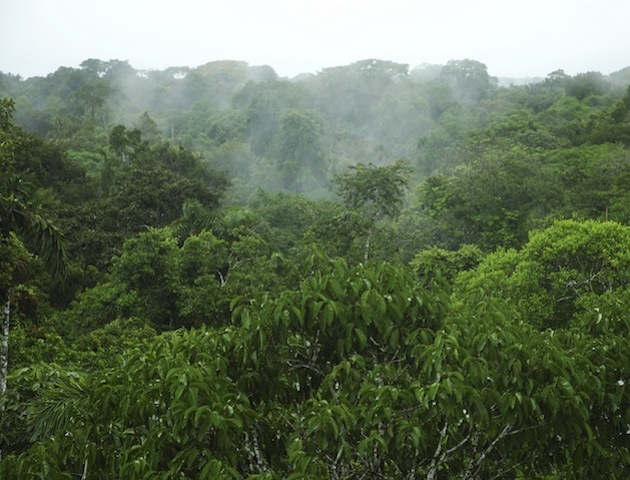 Having spent so much time at her parents’ research station, Juliane knew how to survive in the jungle. She could hear the hum of rescue planes above, but knew there was no way to signal to them from below the dense canopy. So, after picking up some sweets that had fallen from the plane, she set off to look for water. By following flowing water, Juliane knew she’d find civilisation – if she could survive for long enough.
Wearing a mini-dress and with only one shoe, the rain drenched her during the day, and at night she couldn’t sleep for the cold and the infuriating insect bites.
On day four, Juliane heard a king vulture landing – she knew they only tended to land near carrion. Juliane realised, with horror, that the bird must have found some of her fellow passengers. Before long, she made her own grisly discovery.

Determined...
‘When I turned a corner in the creek, I found a bench with three passengers rammed head first into the earth. I was paralysed by panic. It was the first time I had seen a dead body. I thought my mother could be one of them but when I touched the corpse with a stick, I saw that the woman’s toenails were painted – my mother never polished her nails. I was immediately relieved, but then felt ashamed of that thought.’
Following the path of a stream and then the river, Juliane stayed out of shallow water to avoid stingrays. After days of swimming and drinking river water to fill her stomach – the sweets being long gone – by the tenth day, Juliane was on the edge of utter exhaustion and had suffered second-degree burns from the sun roasting her back as she swam.
Juliane thought she was hallucinating when she spotted a boat – but, touching it, she realised it was real. There was a path from the boat leading up to a hut. Summoning every ounce of energy, she crawled up to the hut – taking hours to cover the short distance.
There was a can of petrol there. Juliane had a wound on her arm that had filled with maggots. Remembering a time when her father had treated a dog with a maggot infestation by pouring kerosene into it, she sucked out the gasoline and managed to clear 35 of the 1cm maggots from her wound. The pain was unbearable as the remaining maggots tried to bury themselves deeper into her flesh to avoid the gasoline.
Juliane decide to spend the night there, but the next day heard men’s voices.
She explains… ‘They thought I was a kind of water goddess – a figure from local legend who is a hybrid of a water dolphin and a blonde, white-skinned woman.
‘“I’m a girl who was in the LANSA crash,” I say in Spanish. “My name is Juliane.”’
The men tended to her injuries, and, the next day, took her on a seven-hour boat ride to a lumber station. There, a local pilot flew her to hospital – where her father was waiting. 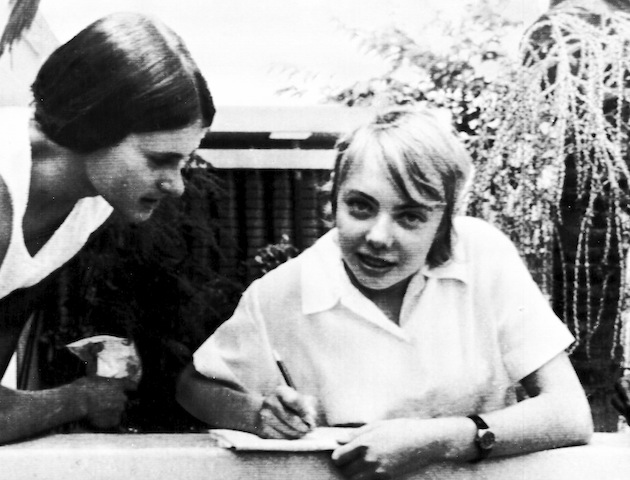 .So, how did Juliane survive a fall of two miles? The most popular explanation is a combination of three factors:
– Firstly, the thunderstorm probably provided an updraft that slowed her fall.
– Secondly, being seated at the end of a three-seat bench, it’s probable that the outer seats functioned like a parachute, lessening the rate at which Juliane fell.


– Finally, the dense foliage through which she fell would have slowed her descent, and lessened her impact on the ground

Juliane, now 60, recovered fully from her injuries. After the media storm about her ordeal had abated, she followed in her parents’ footsteps and studied mammalogy, going on to specialise in bats.However, Juliane still lives with the mental scars her horrific experience inflicted on her. In an interview in 2010, she said,‘I had nightmares for a long time – for years – and, of course, the grief about my mother’s death and that of the other people came back again and again. The thought, “Why was I the only survivor?” haunts me. It always will.’German documentary-maker Werner Herzog made a film about Juliane’s experience, called Wings Of Hope. Herzog was moved to undertake the project some 30 years later as he had actually booked seats on the doomed LANSA flight – but a last-minute change to itinerary meant that he narrowly missed it. Speaking of Juliane’s amazing tale of survival, the filmmaker said, ‘She did not leave the airplane, the airplane left her.’

ARE YOU A SURVIVOR???