Say No To Inferiority Complex.

An inferiority complex is a lack of self-worth, a doubt and uncertainty, and feelings of not measuring up to standards. It is often subconscious, and is thought to drive afflicted individuals to overcompensate, resulting either in spectacular achievement or extreme asocial behavior. For many, it is developed through a combination of genetic personality characteristics and personal experiences.
What are the causes of Inferiority complex?
The most famous cause behind feeling inferior is some event that happened somewhere in your past that made you think that you are inadequate or not worthy. There are hundreds of possible events that may have resulted in these false beliefs you built about yourself. Below is a list of possible causes:
* Having different skin color than your peers (for example finding that you are dark skinned while all of them are white) and being mocked for that.
* Being called names like lazy or stupid by teachers and peers.
* Being physically weaker than your peers.
* Being handicapped while being made fun offor that reason.
* Feeling ugly compared to your peers.
* Being an unskilled player in your school's popular sport.
* Coming from a lower social class than that of your peer's.
* Always being called names by parents; like stupid, idiot or fool.
Generally speaking an inferiority complex happens when there is something different about you that makes you feel inferior.
Note that this will only happen if you regarded that difference as a disadvantage.Not every kid who is different grows up feeling inferior but only those who are made to believe that their difference makes them inferior develop inferiority complex. For example if a kid was not smart but was surrounded by loving friends, teachers and parents he will never develop inferiority feelings.
Overcoming inferiority.
In order to overcome this feeling of inferiority you must first examine your past and find the root cause behind it. The greatest pitfall people usually fall in when searching for the root cause of their inferiority feelings is associating their feelings of inferiority with any event that is going on in their lives such as not being successful, not having an expensive car, not getting high grades or even not having a beautiful girl friend.
What you must understand is that your success and your status might have nothing to do with your inferiority feelings. A mentally healthy person wouldn't feel inferior even if he didn't have anything in comparison to his peers. Inferiority is an internal feeling that comes from within and that's why doing your best to change the external world might not be of help to you. Some people spend their lives collecting everything they can; like money, authority and power yet still suffer from the feeling of inferiority.
The good thing compensation leads to is that it allows those people to use their feeling of inferiority as a powerful motivation towards achieving success. Inferiority feelings can also affect a whole nation or a whole society and in such a case its called culture cringe. For example people of a certain country can feel inferior to the people of another country.The first step to overcoming inferiority is to know the root cause behind it and this is the most important step.
#COMPOSURE. 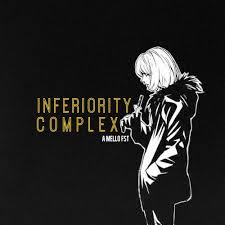