Building Monuments is Good, But Building People is Better.

To build simply means to develop or give form to something according to a plan of process. A monument is a structure built for commemorative or symbolic reasons, or as a memorial or commemoration. The importance and necessity of building people and systems are enormous. One thing however that is of great concern should be how people generally seem to be interested in building monuments than people itself.
Building monuments is good, but building people is better because people will stand the test of time and are legacies that will live on for generations. Can monuments stand the test of time? No, any natural or man made disaster can wipe it out in  a freaking second and there goes the end of someone's legacy.
Let me digress, NYSC corp members that go for service in rural villages and areas and all they care about when they are about to leave or leaving is to put up a signpost or erect a building that shows there batch and NYSC number. This is good but don't they know that lives of people that they touch positively and make a good impact on is far better than any signpost which is just a mere monument.
Same thing applies to the government, public office holders and leaders. Do you positively touch people's lives by ensuring human capital development or all you go about is building monuments and structures which is not the primary aim of the people.
It should be known that if you are not reaching back to help anyone then you are not building a legacy. Remember also that it is better for your legacy to be people that you have built up to a good and Positive level in which they are self sufficient to grow and function effectively, than for your legacy to be a structure/building which cannot and will not stand the test of time and will be lost away in the nearest possible future either by natural or artificial/man made occurrence.
#COMPOSURE. 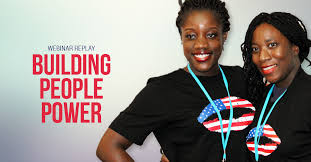