Crisis in the North Central; A Ticking Time Bomb.

Nigeria is divide into 6 Geopolitical zones; South South, South East, South West, North East, North West and North Central.        The North central consist of the following states; Plateau,Benue,Nasarawa, Kogi, Kwara and Taraba. This areas have been bedeviled with all types of crisis ranging from religious, ethnic, cattle rustling and land dispute. All of these have contributed to being an albatross on the development and progress of this area, for a region that is richly blessed with arable land for agriculture, animal farming and tourism purposes.         Nigeria is split between Muslims and Christians, with the middle belt area edging the predominantly Muslim north and Christian south. 10 percent of the country follows indigenous sects, constituting over 174 million people and close to 350 ethnic groups speak 250 languages. These divisions and inequalities, and the existence of vulnerable people alongside ongoing battles against insurgent groups and high levels of corruption, have contributed to the current security crisis in this region. The destruction caused as a result of religious  and ethnic crisis is well documented in this area of the country. From the beginning of civilian rule in Nigeria (1999) there has been an active and ongoing crisis in this area, but sadly the government have made little effort in solving this issue. The middle belt an area predominantly known for agriculture and which produces the highest amount of agricultural produce in the country, this position is currently being threatened due to the fact that crisis is resettling the indigenous people who abandon their lands, farms to flee for there own safety. This affects production and ultimately supply and which inevitably leads to Inflation and Scarcity of agricultural produce in the country.          Also if this crisis is not solved or tackled, there is a tendency that there will be a spill over into the southern part of the country which may escalate into a full blown civil crisis. The Government must seek international best practices for ethnic and religious crisis resolution to solve the problem experienced in the middle belt areas. Government must also take the issue of reconciliation and community based approach to act as solution to the problem. Government must also find a way to ensure that  the Fulani herdsmen and farmers coexist without conflicts in order to ensure peace for all, and also empower the security agencies to take full control of the region and restore peace. 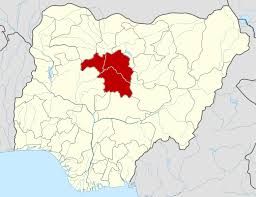